Skip to main content
Long, thin fish swim past the seahorse in a Wetlab aquarium on Hudson River Park's Pier 40

Celebrate the end of the Wetlab season online and in-person with our River Project team and bid farewell to the wonderful wildlife that served as marine ambassadors all summer long.

Our flow-through aquarium houses dozens of species of fish and invertebrates all caught within the Park as part of an ongoing ecological survey. The Wetlab is a rotating live exhibit as animals are released throughout the season to ensure that their behaviors are minimally impacted.

Join our River Project during Release of the Fishes from 3:00–6:00 PM to learn more about local wildlife. You can help us return our fish residents to the Hudson River as we are getting ready to close the Wetlab for the season. If you can’t make it to Pier 40, keep an eye out on Instagram Live and Facebook Live @hudsonriverpark because we will be streaming special behind-the-scenes footage during the event.

Meet Hudson River wildlife at the Wetlab, our research aquarium that is free & open to the public!

The Park’s Wetlab aquarium features Hudson River wildlife and provides guided tours for visitors of all ages. During Wetlab Look-ins, you can join a drop-in tour led by our River Project team to learn more about fascinating local wildlife including oyster toadfish, lined seahorses and blue crabs.

Our Wetlab opens each year in June and features a rotating exhibit of fish and invertebrates that are collected in the Park as part of an ongoing fish ecology survey. Animals are also regularly released throughout the season to ensure that their behaviors are minimally impacted, meaning there’s always something new to explore at the Wetlab!

Want to learn more about local wildlife? Check out our Virtual Wetlab, which is a digital field guide featuring the most common species of fish, invertebrates and reptiles commonly found in our Wetlab. 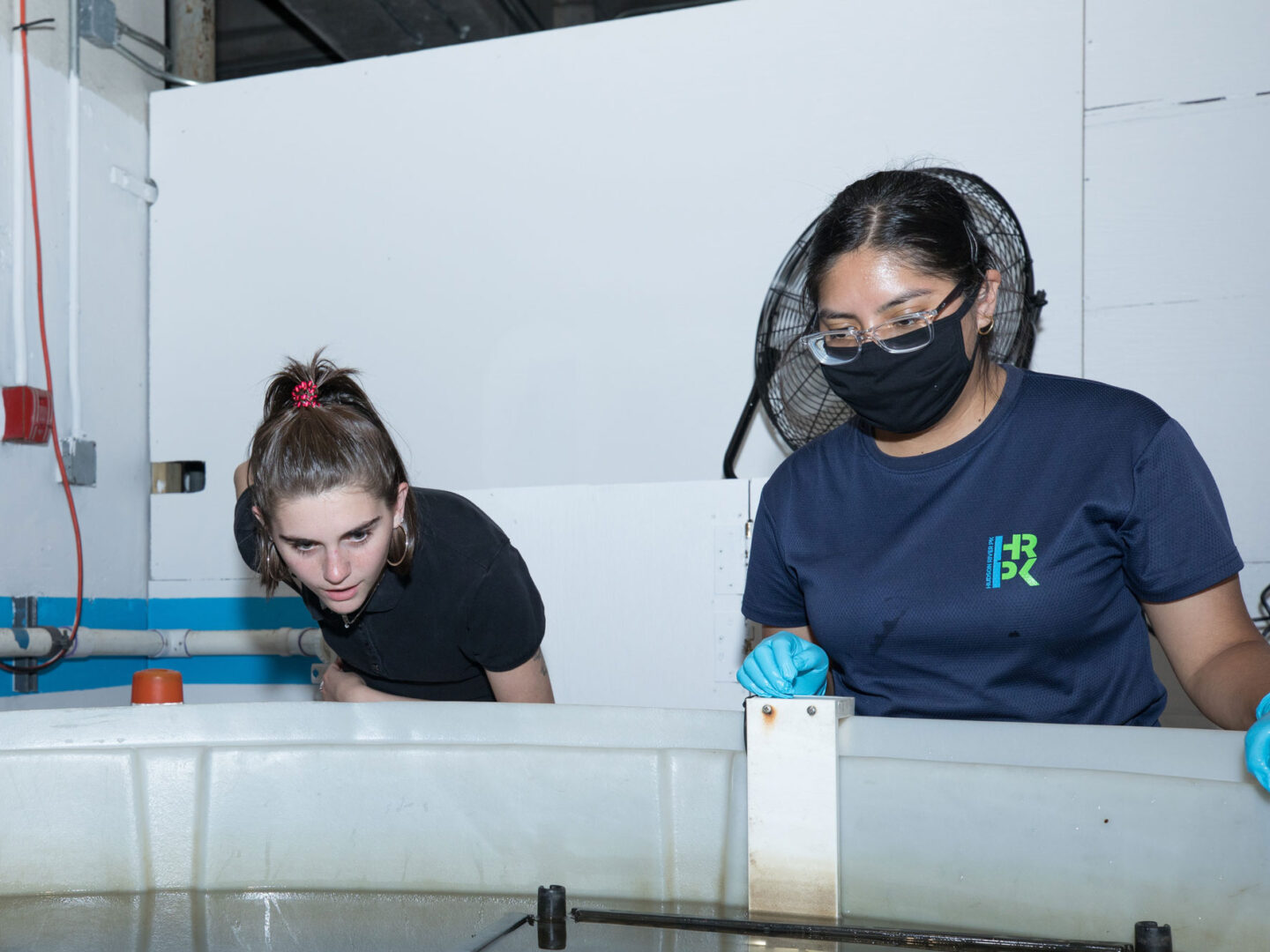