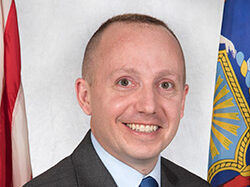 Basil Seggos was appointed Commissioner of the New York State Department of Environmental Conservation (DEC) by Governor Andrew Cuomo, and has served in this role since 2015, leading an agency of more than 3,000 professionals. As Commissioner, he oversees programs that promote a clean, healthy, and accessible environment, including: protecting and restoring New York’s air, lands and waters; combatting climate change; enforcing State environmental laws and regulations; responding to natural disasters; and supporting world-class outdoor recreation on State lands and waters, including hunting, fishing, hiking, and boating.

Seggos serves as the Co-Chair of the State’s Climate Action Council, a 22-member committee that will draft a plan to achieve the State’s nation-leading Climate Leadership and Community Protection Act.

Prior to becoming DEC Commissioner, Seggos served as the Deputy Secretary for the Environment for the Governor, where he counseled the Governor on environmental policy and the operations of New York’s environmental agencies, including DEC, the Office of State Parks, Recreation and Historic Preservation, EFC, and APA, and was a liaison to the State Legislature on environmental issues and legislation. Before his career in State government, Seggos served as Vice President of Business Development at Hugo Neu Corporation, a clean tech private equity company, Chief Investigator and Attorney for Riverkeeper, Associate at the Natural Resources Defense Council (NRDC), and legal clerk at the White House.

Seggos graduated from Trinity College and Pace University School of Law. Seggos is a Captain in the U.S. Army Reserve