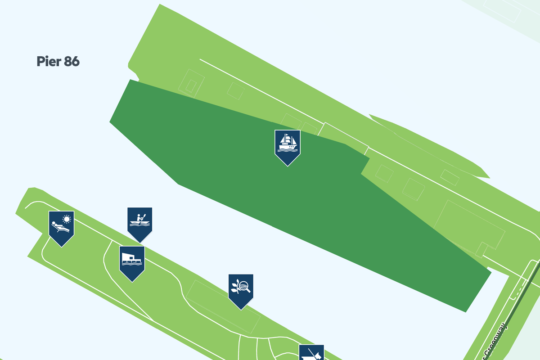 With a thriving boathouse, HRPK classroom, a popular dog run, food and bike concessions and its signature fountain, Pier 84 is a Hell’s Kitchen gem.

At Pier 84 in Hell's Kitchen: Hook'd offers waterfront dining, including a raw bar, under a canopy of trees with bistro lights — a welcoming reprieve from everything — especially at sunset!