Hudson River Park’s SUBMERGE Marine Science Festival is less than a week away on Saturday, September 22 from 11:00 AM–4:00 PM, and we can’t wait for this activity-packed celebration of our coastal waters! From kid-friendly entertainment to hands-on experiments and kayaking, SUBMERGE has something for everyone.

Our dynamic performers and research partners aren’t the only ones joining us on Hudson River Park’s Pier 84—this year’s SUBMERGE features more chances to get up-close and personal with wildlife than ever before. Turtles and falcons and eels—oh my! As we count down to the hours until SUBMERGE, we’re counting up some of the coolest creatures you’ll find at this year’s festival.

1. The Largest Oyster Found in New York in 100 Years

This record-setter has been making headlines—at 8.66 inches and 1.93 pounds, it’s the largest oyster found in the Hudson River in more than a century, discovered right underneath HRPK’s Pier 40! The HRPK Estuary Lab is bringing this famous oyster to SUBMERGE—along with other awesome Hudson River wildlife—giving you the chance to see this massive bivalve up-close!

Once abundant in New York Harbor, oysters like this one are a rare sight today due to centuries of overharvesting and water pollution. A single oyster can filter 50 gallons of water each day, removing pollutants and improving water quality. 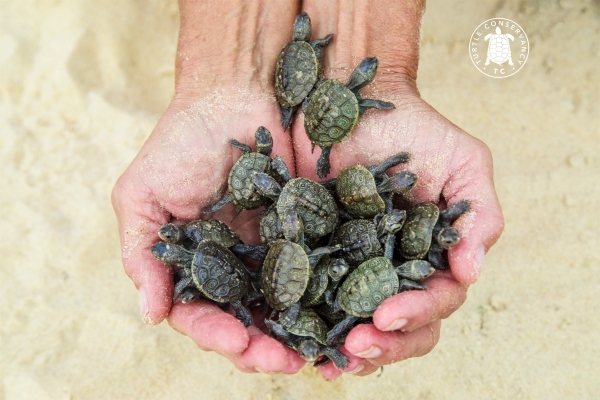 Named for the diamond pattern that adorns their carapaces (shells), diamondback terrapins are native to the brackish tidal waters of the Eastern US. At SUBMERGE you can meet adorable diamondback terrapin hatchlings while they’re still in the care of the Turtle Conservancy—this fall, these turtles will be released as part of the Conservancy’s ongoing efforts. 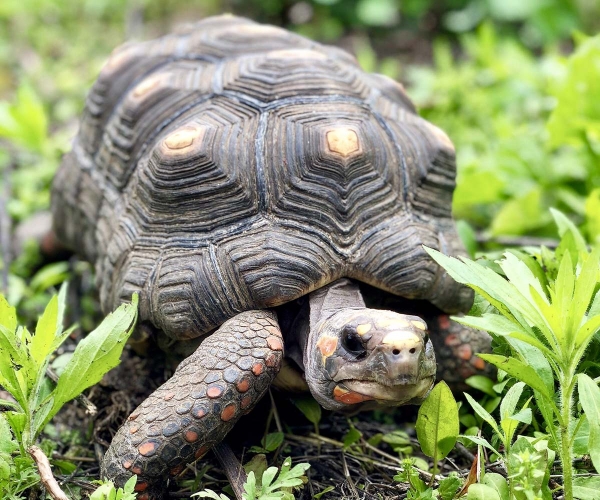 See the bright colored scales on Pele’s limbs? They’re the reason his species are known as red-footed tortoises. Native to northern South America, red-footed tortoises usually grow 12–16 inches long. Males like Pele and females use head movements as signals to identify each other in the wild. To meet Pele, be sure to visit the Turtle Conservancy’s Research Station at SUBMERGE! 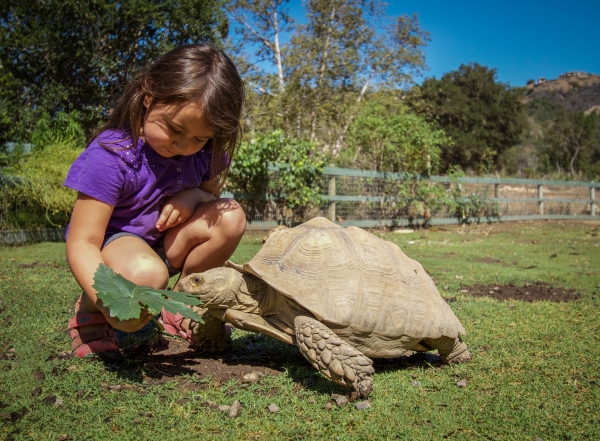 Sulcata tortoises, also known as the African spurred tortoises, inhabit the southern edge of the Sahara Desert. Their name comes from the Latin word “sulcus,” meaning groove or furrow, referring to the distinct scutes on the shells of these tortoises, growing a ring with each season. The third largest species of tortoise in the world, sulcatas—like Victoria, who the Turtle Conservancy is bringing to SUBMERGE—can grow to over 33 inches and 200 pounds, and they can live more than 70 years! 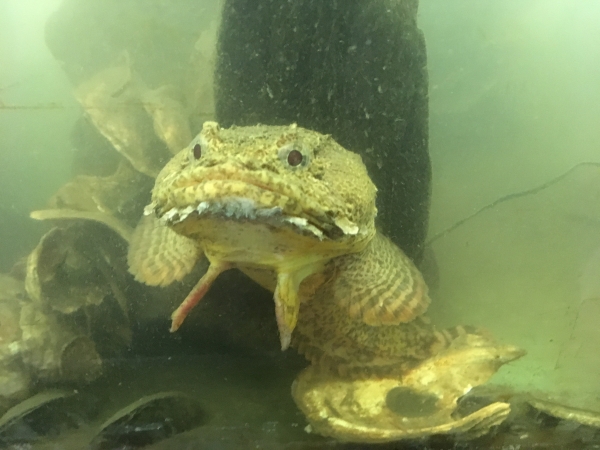 Oyster toadfish are known by many names: ugly toads, oyster crackers, bar dogs… with faces like this one, can you imagine why? These native Hudson creatures can survive in poor river conditions because of their tolerance to pollution, and they croak loudly when agitated. Fun fact: They do the same thing when trying to attract a mate. 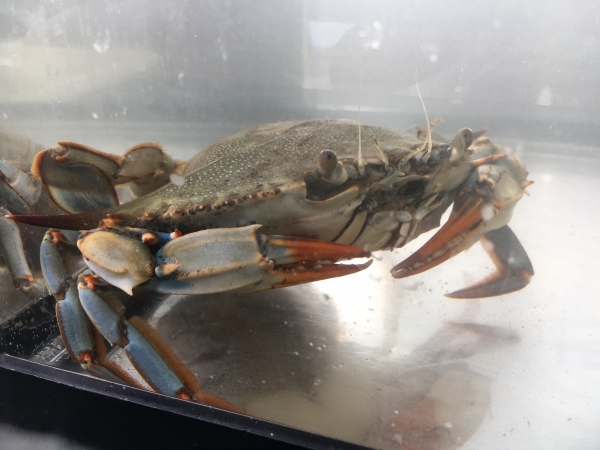 Called “blue crabs” by virtue of their vibrant claws, the species’ scientific name is Callinectes sapidus, which translates to “beautiful swimmer” because they glide with two back legs shaped as paddles. When threatened, they can also release and regrow their legs. 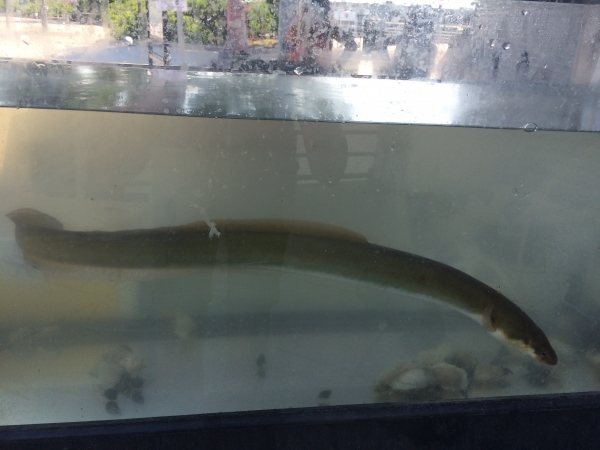 American eels are catadromous fish, meaning that they live their adult lives in fresh water and spawn in the ocean. Their incredible life cycle spans nearly 1,000 miles, starting as transparent larvae hatched in the Sargasso Sea, east of the Bahamas. They are then carried by currents to estuaries like HRPK’s Estuarine Sanctuary, where they continue to grow. The eels eventually spend their adult lives in the Hudson River’s fresh water before returning to the Sargasso Sea to spawn, reinitiating the cycle for a whole new generation. At SUBMERGE, you’ll find them at the NOAA, Office of Response & Restoration Research Station. 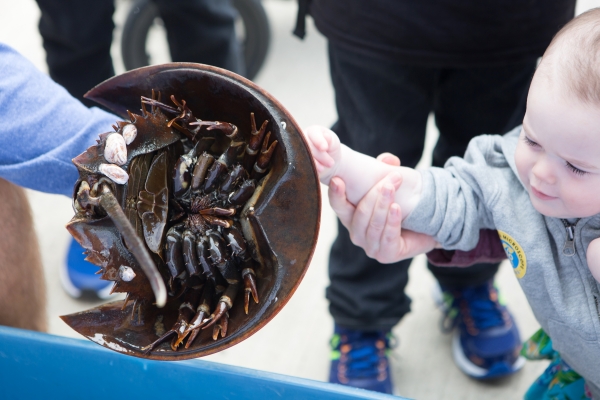 One of the oldest animals on the planet, horseshoe crabs are often nicknamed “living fossils” because they can be traced back 445 million years. For prehistoric creature buffs, that’s 200 years before dinosaurs existed! Don’t let their name fool you—horseshoe crabs aren’t crabs at all; they’re actually more closely related to arachnids (spiders and scorpions) than crustaceans (crabs and shrimp). Stop by CERCOM at Molloy College’s Research Station to see this unique arthropod for yourself! 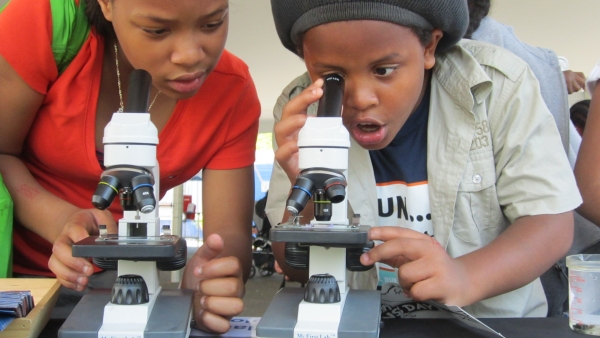 Small in size, but big in value to the Hudson River, plankton are tiny, often microscopic plants and animals that drift and float in the water column and cannot swim against currents. Plankton are broadly categorized into plants (phytoplankton) and animals (zooplankton).

Phytoplankton are producers, and like land-based plants, they conduct photosynthesis, converting water, carbon dioxide and sunlight into energy. This process allows phytoplankton to provide more than half of our world’s oxygen!  Zooplankton, on the other hand, are consumers and prey on phytoplankton and other zooplankton for energy. 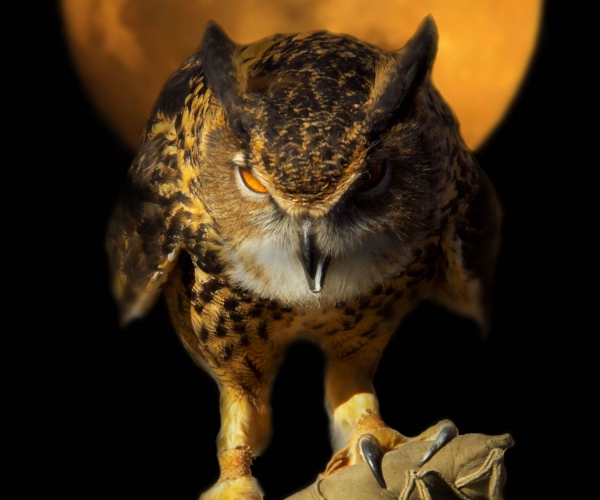 Look at those incredible orange eyes! Pumpkin-colored peepers and distinct feathered ear tufts make Eurasian eagle owls one of the most striking owls in the world. Residing across much of Europe and Asia, these owls are also among the world’s largest. The birds of prey you’ll meet at SUBMERGE like Wyatt, Liluye and Esteban (read on!) thanks to the Wildlife Institute of Eastern NY play an important role as top predators in food chains because they help control populations of animals further down the food chain and balance ecosystems. 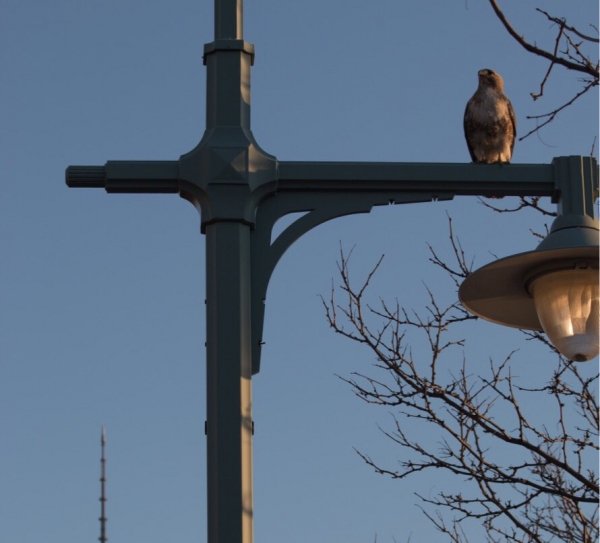 If you’re looking closely, you’ll spot red tailed hawks like Liluye in Hudson River Park from time to time—perched patiently on a light pole, surveying the scene. This species of hawk breeds throughout North America, as far north as Alaska and as far south as Panama. At SUBMERGE, you’ll get the opportunity to see this high-flying raptor up close! 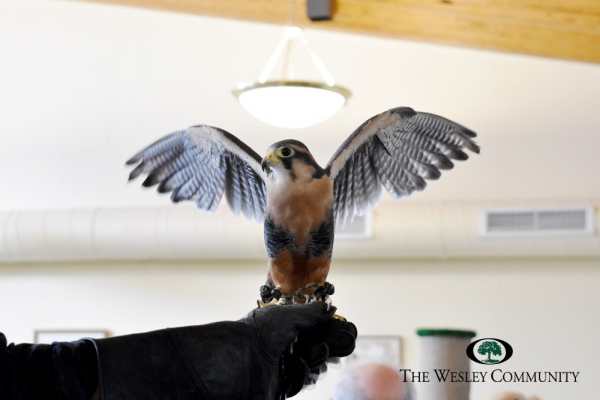 Aplomado Falcons like Esteban are beautiful birds—they’re also an endangered species success story. Once widespread throughout the southwestern United States, only two remaining pairs were known to exist in the 1940s and 50s. Through an aggressive recovery program, the species has made a comeback in South Texas. Fun facts: Generally found in pairs, these birds work together to hunt their prey, and take over nests built by other birds rather than construct their own.

These are just some of the fascinating creatures you’ll find at HRPK’s SUBMERGE Marine Science Festival. Wild for birds of prey? Fascinated by fish? Taken by turtles? Then be sure to mark your calendars! We’ll see you Saturday, September 22 from 11:00 AM to 4:00 PM on Hudson River Park’s Pier 84 (rain date is Sunday, September 23).