Over the past two decades, Hudson River Park has transformed Manhattan’s west side waterfront, bringing active, thriving green space to neighborhoods from Tribeca to Clinton—but this change didn’t take place overnight, and our Park is still growing! As we celebrate our 20th Anniversary, we are looking back at how #HRPK became the Park we love today, one neighborhood at a time.

On May 30, 2003, Greenwich Village—the first completed section of Hudson River Park—was officially opened to the public. Governor George Pataki, Mayor Michael Bloomberg, other state and local officials, Park leadership and the community came together to mark the occasion with a momentous ribbon cutting at Pier 45, celebrating the beautiful new Park and Piers and the opportunity they represented: a dynamic way for New Yorkers to connect with and enjoy their waterfront. 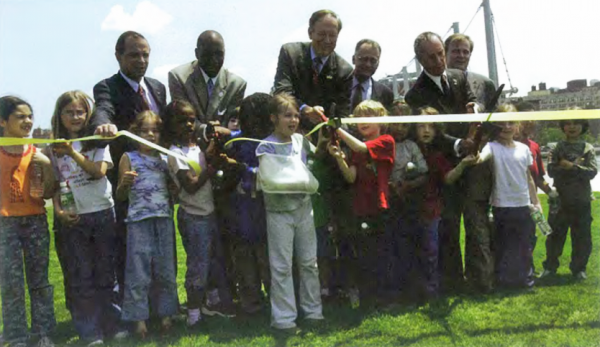 “A Piece of the Hudson Riverfront Is Reclaimed for the People,” read a New York Times headline the following day. As the Hudson River Park Trust Chairman noted at the time, the opening of our Greenwich Village section was not just the first step to completing the Park; it provided “a way to reconnect New Yorkers to [their] historic Hudson River.” 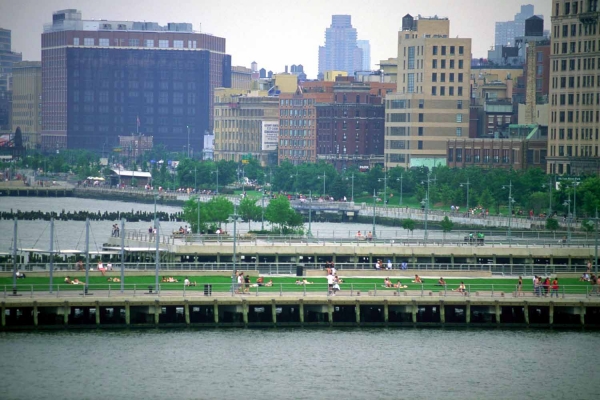 In addition to providing Greenwich Village a green waterfront backyard, the three newly reconstructed and landscaped piers, upland lawns and waterfront esplanade gave an exciting taste of the larger Park to come: an urban recreational oasis for all—athletes and sunbathers, families and friends. The turf fields of Pier 46 welcomed all types of active play; Pier 51 offered an imaginative landscape for kids to climb, slide, splash and learn; and Pier 45, with its bright lawn, water features and shade structures, proved an immediate attraction for picnickers and sunbathers. 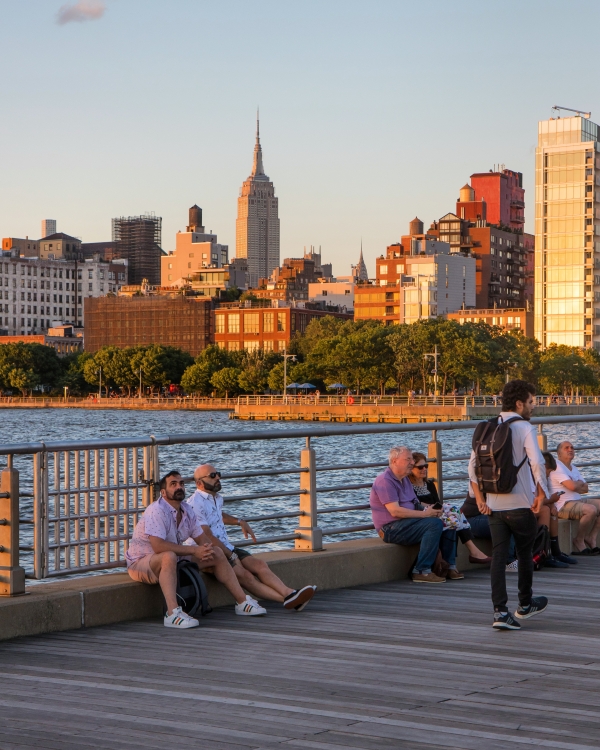 Fifteen years later, these piers remain among our most popular—stop by Pier 45 on a summer weekend and see for yourself! And Greenwich Village was just the beginning. Stay tuned as we continue telling the story of how #HRPK became what it is today throughout our 20th Anniversary Season!