Popular with runners and sunset chasers, Pier 34 is also a place to ponder engineering history.

Is Pier 34 one pier or two piers? For us, it’s one, but we can see why you might think about it differently. Pier 34 consists of two “finger” piers that connect at the historic Holland Tunnel Vent Shaft. The southern finger is a great place for sitting, strolling and fishing. As it is an essential part of the Holland Tunnel operations system, the northern finger is closed to the public and is controlled by the Port Authority of New York and New Jersey. 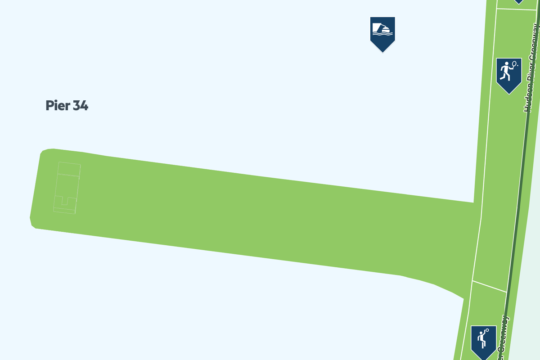 The striking tower between Pier 34’s two fingers serves as a ventilation shaft for the Holland Tunnel far beneath the River bottom. The Holland Tunnel was the first mechanically vented vehicular tunnel in the world, and the “Vent Shaft” is listed on the National Register of Historic Places in recognition of its role in history. President Coolidge opened the tunnel on November 12, 1927 to great ceremony, and about 20,000 people walked through the tunnel that day before it opened to cars. A dive into this pier’s past uncovers feats of engineering and fascinating architectural history. Read more about the history of Pier 34...

Life in the Piles

A peek between Pier 34’s two fingers reveals another aspect of our waterfront’s past: piles from a former pier located in this same location.

Historically, wooden piers constructed mostly for commerce were built and rebuilt along the Hudson River after fires or other damage and to address changing commercial needs. Hudson River Park’s pile fields are clusters of aging wooden fragments that remain from bygone piers. Today, the pile fields are some of the most notable elements of Hudson River Park’s Estuarine Sanctuary because of the dynamic habitat they create and the complex food web they support. Learn more about the rich biodiversity of the pile fields… 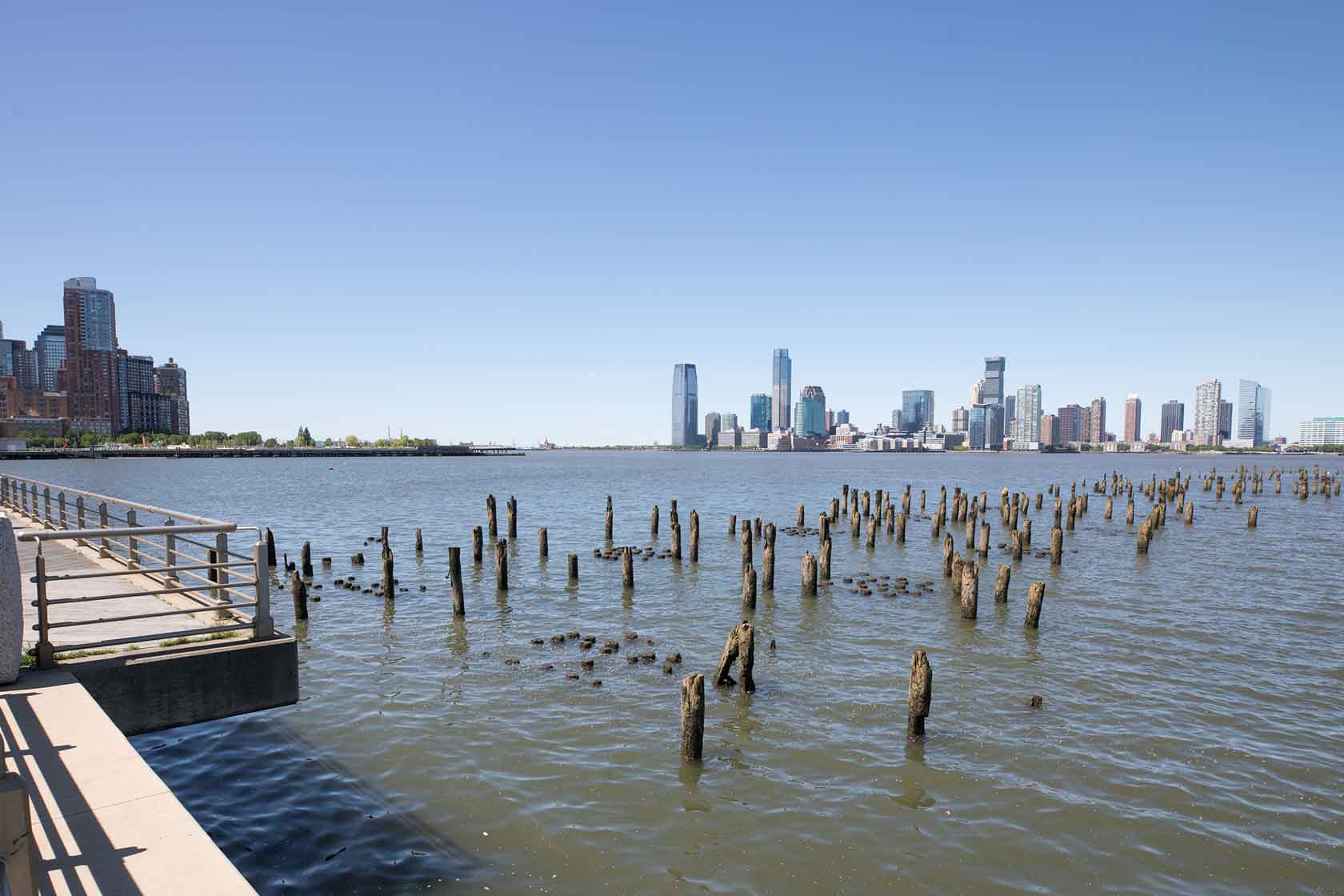