Our Park’s northernmost pier began its life as a docking pier for ocean liners. Constructed between 1921 and 1934, Pier 97 served for decades as the hub of the Swedish America Line—you might recognize the façade of the old Pier 97 terminal building from the opening sequence of Taxi Driver.

Hundreds of thousands of Scandinavians entered the United States through this pier, and famously, in 1956, Pier 97 was the docking site for the MS Stockholm, returning with survivors from the capsized SS Andrea Doria following one of the most infamous collisions—and robust rescue missions—in maritime history.

While it remained an active dock through the 1970s, Pier 97 was used as a parking lot by the Department of Sanitation until 2011. Hudson River Park restored the infrastructure on this historic pier, reconstructing it for a bright future. For the last few years, Pier 97 has hosted premier concerts from Live Nation and JBL Live like Lorde, Robyn and Billy Idol. This year, the pier will once again provide a scenic, festive venue for our signature Blues BBQ festival, as well as a new home for Heritage of Pride’s Pride Island. 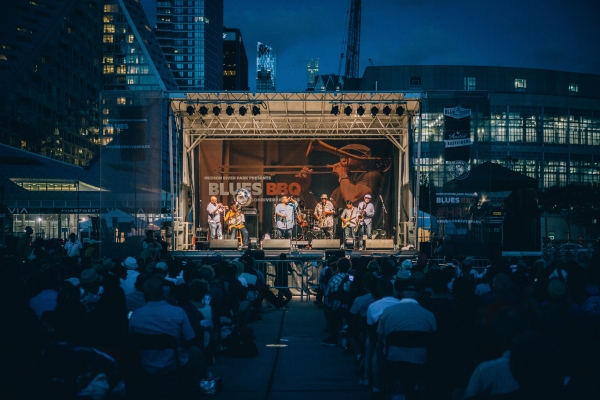