Skip to main content
Juneberry or shadbush plant along bikeway

As we Countdown to Spring in Hudson River Park, we also look to our plants, waterways and skies for signs of seasonal progress. Just this past week, we spotted our first flowers of the year in our Apple Garden — bright, early-blooming winter-jasmine — and we look forward to the sun setting later each day. 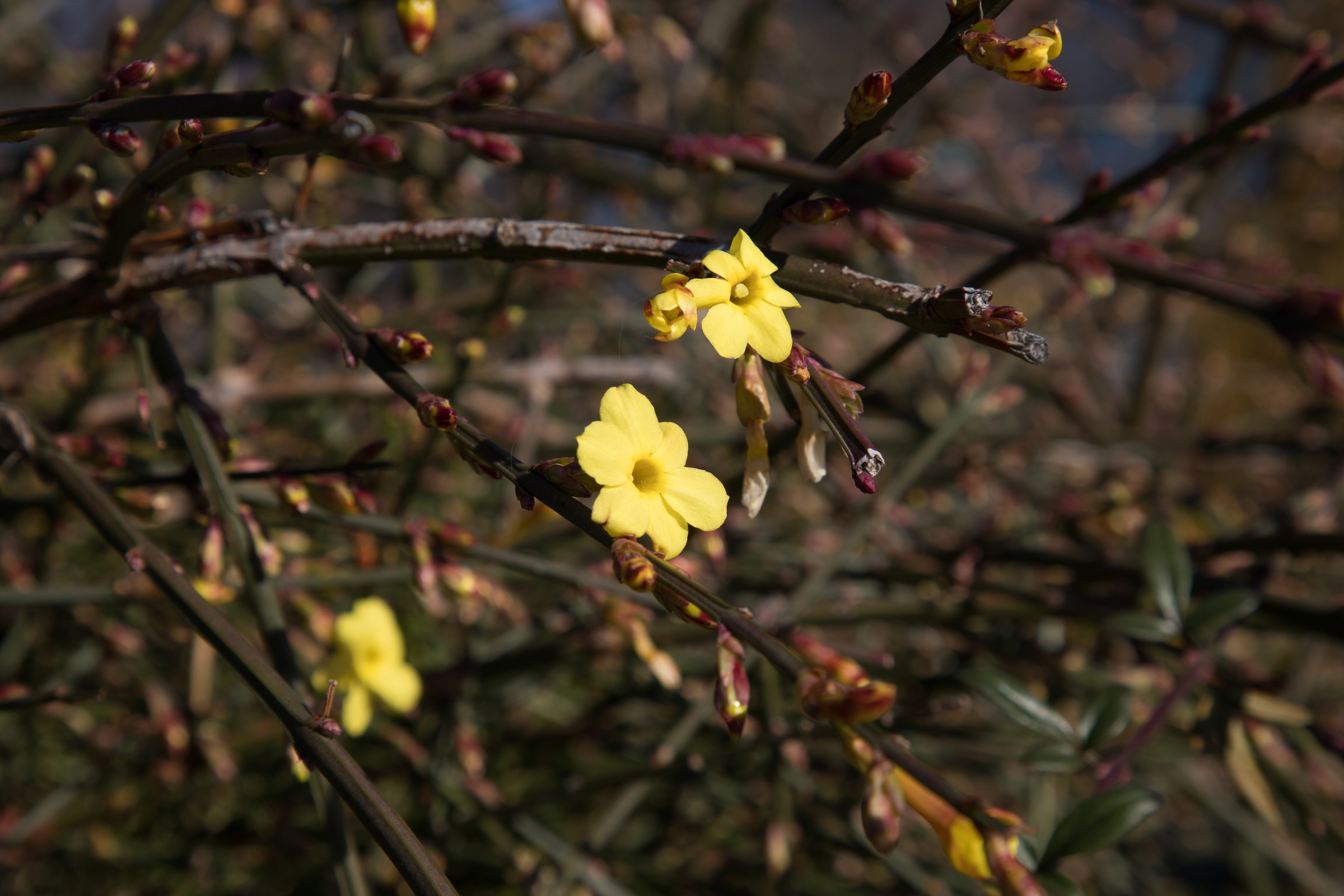 For Manhattan’s earliest residents, the Lenape, the cycles of the natural world — the sun and moon as well as plant and animal life — offered a guide to the passage of time. As we continue our spring countdown, we’re taking a closer look at the lives of the Lenape and how they marked and celebrated the passage of the seasons.

The original inhabitants of a region spanning southern New York, Connecticut, New Jersey, Eastern Pennsylvania and Delaware called themselves the “Lenni-Lenape,” which means “Men of Men” and translates to “Original People” (or simply “Lenape,” meaning “The People”). The Lenape spoke dialects of the Algonquin language family and lived in independent but interrelated communities whose ways of life were informed by the ecology and climate of their particular settlements.

The Lenape of Manhattan — or “Manahatta,” which translates to “hilly island” — called the Hudson River “Shatemuc,” meaning “the river that flows both ways.” In addition to the food source provided by Shatemuc’s wildlife-rich estuarine waters, the River formed an important trade route.

Cycles of hunting, fishing, planting and harvesting were not only essential to the Lenape way of life, they also informed the way their communities tracked the passage of a year. Marked from spring to spring, the Lenape year tied each lunar cycle to an important natural milestone — for instance, the return of shad fish in spring, the roasting of corn in summer or the arrival of snow.

One of the plant species the Lenape used to track the seasons was the shadbush, also called the serviceberry or juneberry. In spring, the blooming of serviceberry flowers marked the arrival of migrating shad, a local fish species found in our waterways. In summer, shadbush berries heralded the arrival of warm weather, and these fruits were also harvested and dried for winter use. 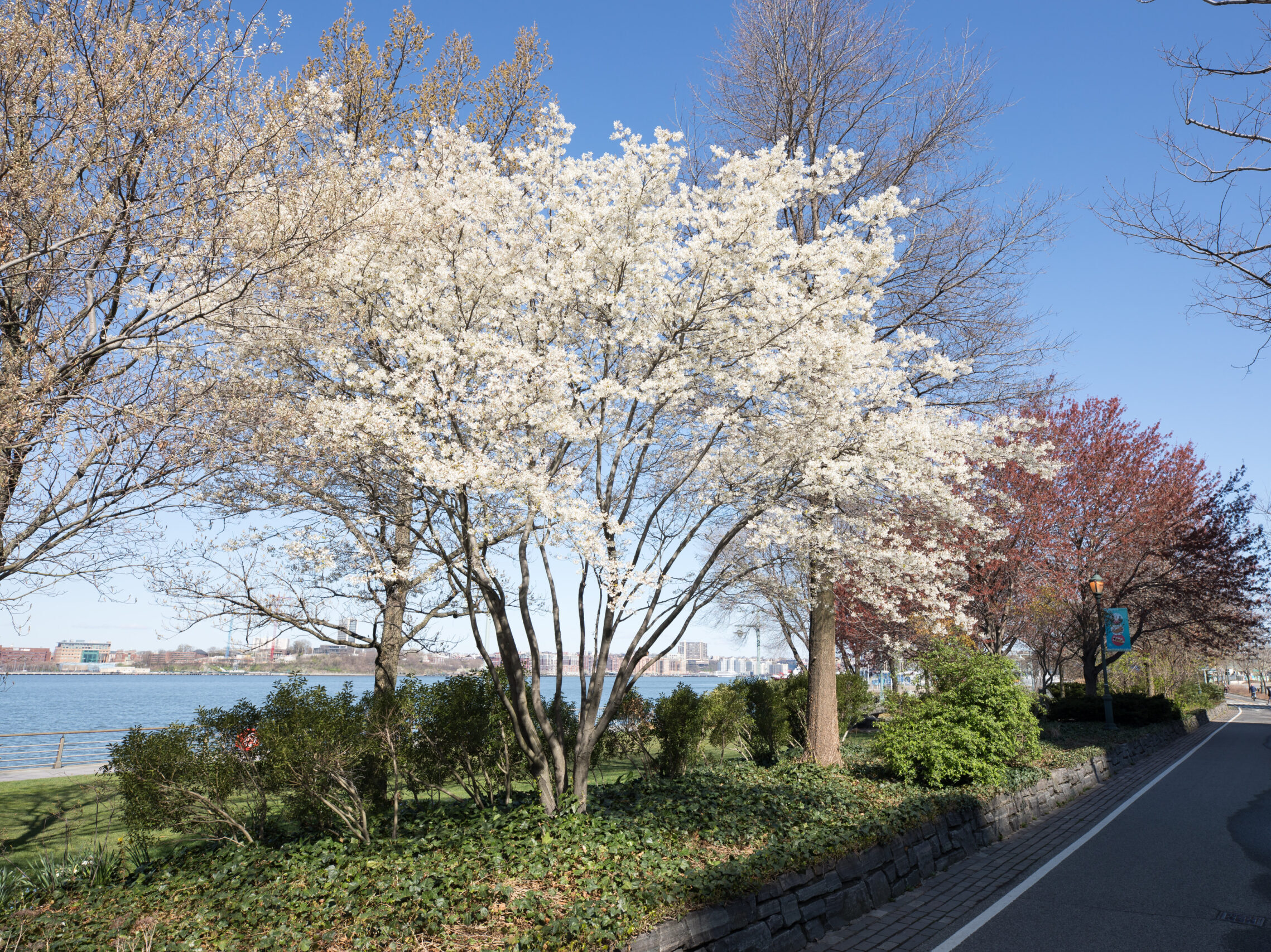 You can find serviceberry trees like the one pictured here in Hudson River Park today. When they blossom in early spring, their showy white flowers brighten our riverfront — we photographed these blooms in early April last year.

While Manhattan no longer looks like the hilly land that inspired its name, you can find glimpses of the island’s original landscape within Hudson River Park. Our Habitat Garden in Chelsea is entirely populated by native plant species, and the design of HRPK’s Pier 26 was inspired by the local shoreline that would have existed prior to European arrival in the 1600s, featuring native ecological communities that thrived in Lenape Manahatta.

As we countdown to spring in the Park, we especially look forward to seeing Pier 26’s indigenous plant species sprout with greenery and flowers in the months ahead. This will mark the first blooming season since we opened our newest pier last September, a celebration of new beginnings and a connection to our waterfront’s past.

Learn more about the Lenape people, their homeland and enduring culture:

In winter 2020, we put together some of our favorite springtime highlights to bring the renewal, color and hope of the coming season with us through the colder months. Explore and get inspired.

Learn More
The Olympic, a majestic cruise vessel sits in New York Harbor with a crowd welcoming it

Brief History of the Waterfront

Hudson River Park’s shores are filled with historical significance. Learn more about the changes along the waterfront.