Skip to main content
An old faded image of the Clermont

Previous Next
A view of the Olympic, a steam vessel filled with passengers heading on the Hudson River

Previous Next
Historic photo of Chelsea Piers in 1910

Previous Next
Old westside highway and old piers in the 1970s

Previous Next
The land and water within the 4-mile expanse of Hudson River Park can tell hundreds of stories about the history of New York and America. Here are just a few of the significant historical occurrences witnessed by these shores.
Before and during the early colonization of America, a portion of what is now Hudson River Park served as a seasonal encampment for the Lenape tribe and was known as Sapohanikan. These Native Americans used the encampment for hunting and fishing. It was from the Lenape tribe that Peter Minuit purchased Manhattan Island on May 6, 1626, for 60 guilders worth of jewelry.

Along with farming, the Lenape tribe likely took advantage of the many oyster reefs that lined the Hudson River’s Manhattan shoreline. These reefs were quickly discovered and used by the first European settlers. As Manhattan developed, oyster barges began to appear along its shoreline. These barges sold oysters in abundance to local markets and citizens alike. During the early-to-mid 19TH century, oysters were so prevalent and cheap that they served as a staple for many New Yorkers’ diets and were an affordable source of protein. With the advent of the industrial age came pollution, silt and over-farming in the Hudson River causing the local oyster population’s eventual demise. (Today Hudson River Park is dedicated to repopulating the Hudson River oyster reefs as an important component of its environmental programming.) 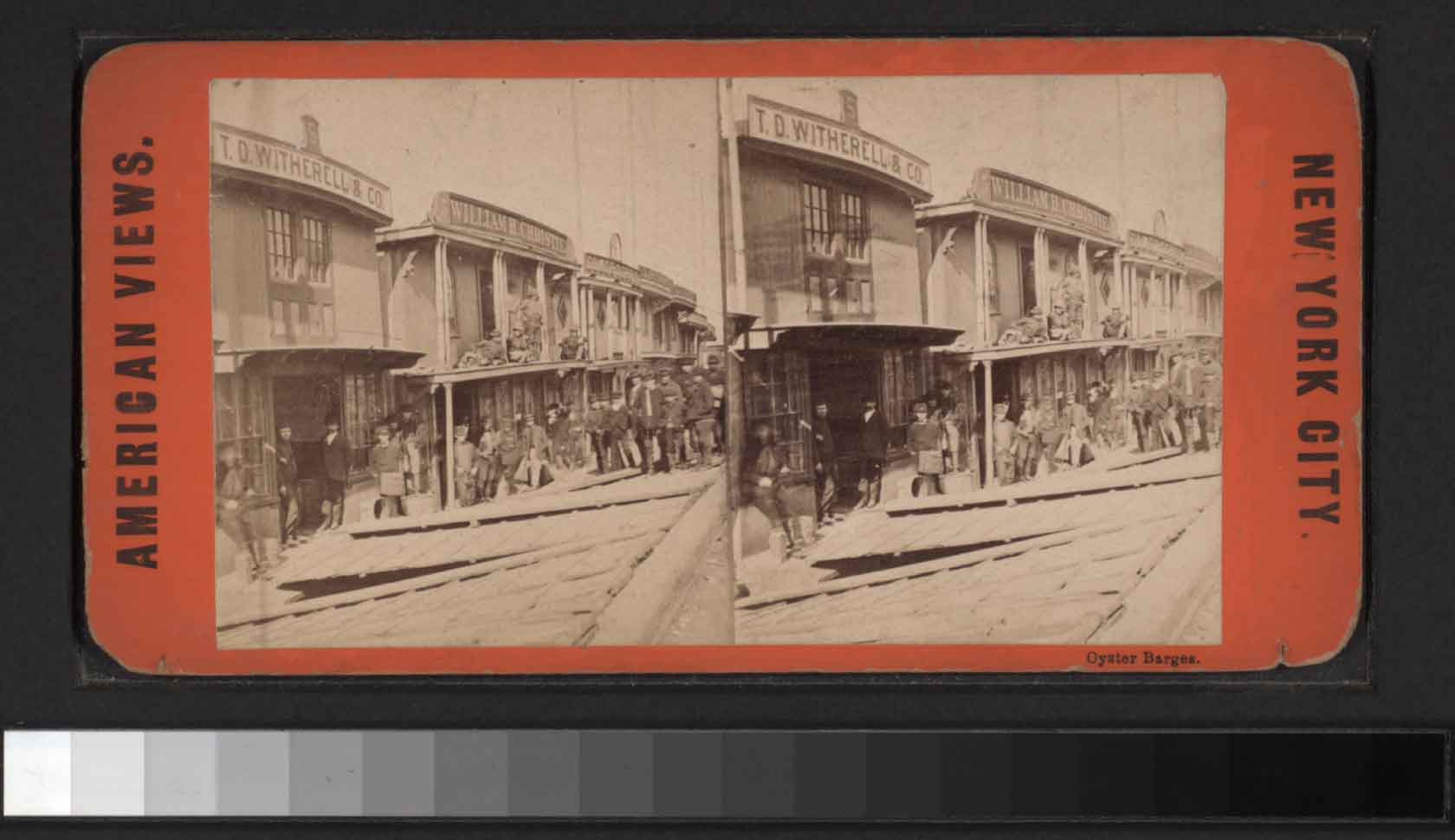 The Oyster BargesDuring the industrial age, the lands and waters that would later become Hudson River Park were home to many exciting events. In 1807, the first passenger-carrying steam vessel – Robert Fulton’s Clermont – was launched from the area that now includes Pier 45 in Greenwich Village. On its maiden voyage, the Clermont steadily overtook assorted sloops and schooners and revolutionized waterborne transportation for both commerce and recreation. Over the next few years, the Clermont made a number of trips up and down the Hudson River, carrying many passengers and making it the first successful steam-powered vessel in America, not to mention giving Fulton a monopoly on the route.

The Clermont was a precursor to the larger passenger ships that would make their ways from various ports around the world to the piers that are now part of Hudson River Park. Other storied ships have also traveled in and out of Park piers. Pier 54 was once home to England’s famous White Star Line, which boasted such ships as the Lusitania, Olympic and the Titanic.  But sadly, instead of the Titanic arriving at her American port-of-call, on April 18, 1912, Pier 54 received the Carpathia and 710 of the Titanic’s survivors.

In the late 19th century, the City’s midtown waterfront was known as the slaughterhouse district. There were so many slaughterhouses along the Hudson River waterfront that West 39th Street between Eleventh and Twelfth Avenues was known as Abattoir Place. Animals grazing on the shores of New Jersey would be barged across the Hudson to meet their inevitable demise. Cattle traffic was so heavy in the 1870s that two underground cattle passages were created, one at West 34th Street and another at West 38th Street, allowing animals to be driven under, instead of across, Twelfth Avenue.  As recently as sixty-five years ago, cowboys were still unloading cattle and sheep destined for the meat market from Hudson River Park’s shoreline.

These are a few of the fascinating historical facts that surround the properties in and around Hudson River Park and are exactly why this is a fantastic place to learn about New York City and its waterfront history. HRPK’s River Project offers various programs and resources, including walking tours and field trips, where students, teachers and New Yorkers of all ages can learn about New York’s rich maritime history.

The Estuarine Sanctuary provides critical habitat to over 70 species of fish, including seahorses, eels and striped bass, and is a vital migration corridor for birds and other wildlife.