Even in the heart of winter, Pier 34 draws runners and sunset chasers to its popular southern pathway, but this pier’s importance runs deeper than its surface appeal. The striking tower at its edge serves as a ventilation shaft for the Holland Tunnel far beneath the river, and a dive into this pier’s past uncovers feats of engineering and fascinating architectural history. 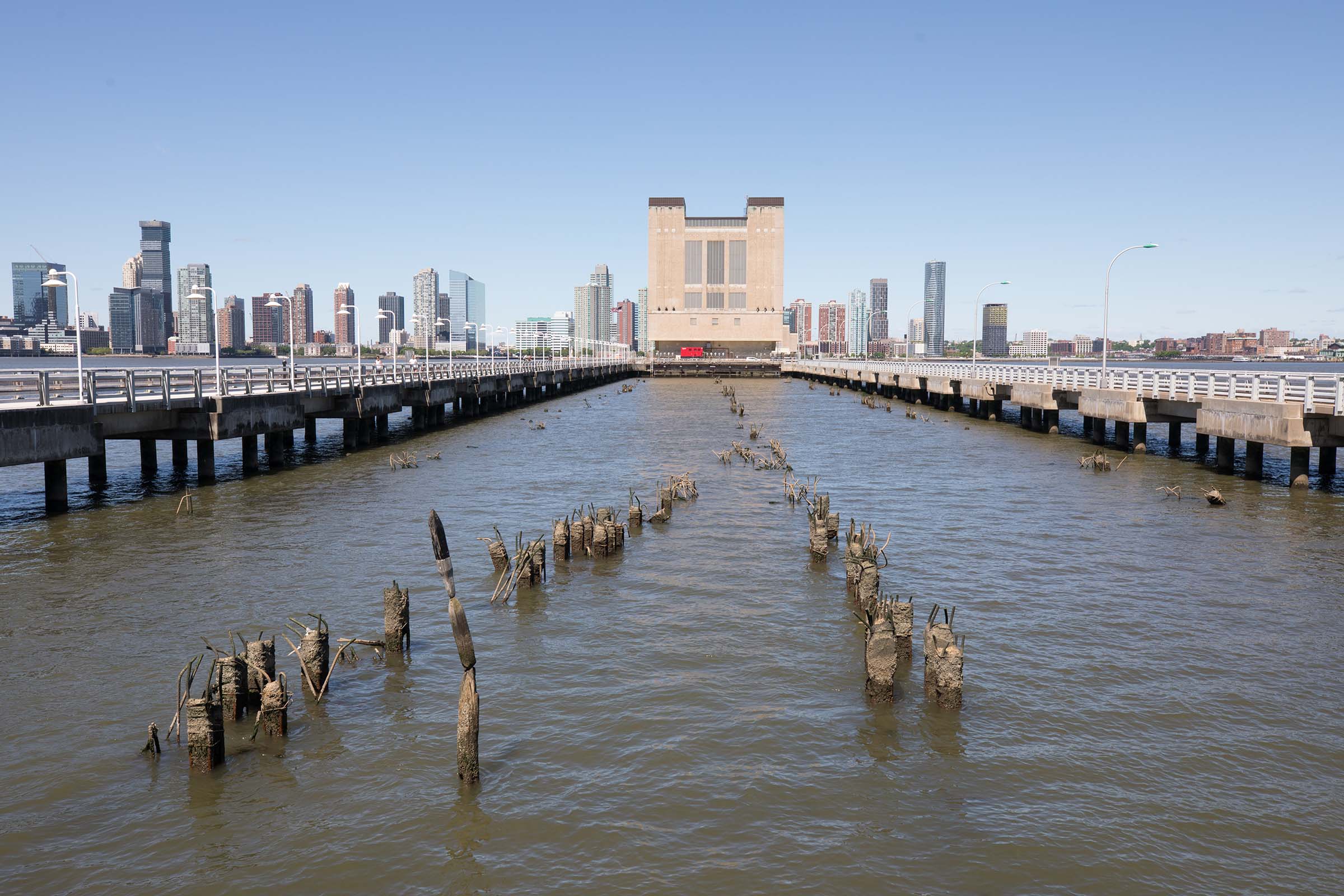 Although the tower at the edge of Pier 34 may appear monolithic and still, it houses massive fans that funnel breathable air to the more than 34 million commuters who use the Holland Tunnel each year, and forms part of a ventilation system that revolutionized tunnel engineering.

Commissioned in 1920 and completed in 1927, the Holland Tunnel provided the Hudson River’s first vehicular crossing. Though railroad tunnels had previously been constructed beneath the Hudson, experts considered the distance too long for a roadway tunnel, as trapped car exhaust would make passengers sick. In fact, testing conducted by engineers Clifford M. Holland and Ole Singstad indicated that just four parts of gas in 10,000 parts of air could be fatal. To circulate enough air, they needed powerful and reliable ventilation.

Their solution created a groundbreaking two-duct system: 84 gigantic fans were installed across four ventilation buildings—half drawing fresh air from the surface into the tunnel, half pumping car exhaust out. The result? A ventilation system so robust that it can completely change the 1.6 mile tunnel’s air every 90 seconds, and has since been employed in tunnels across the world. 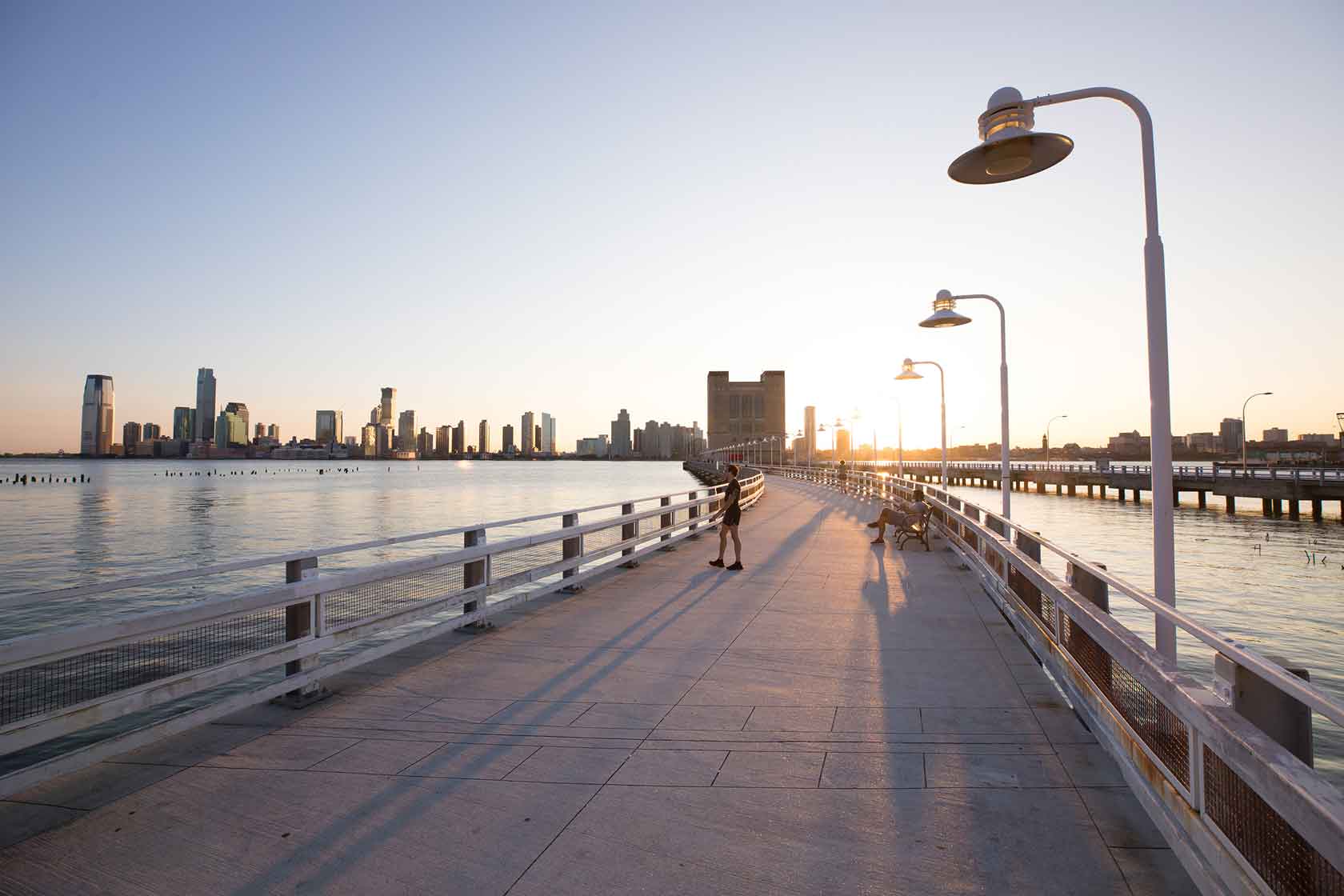 Though the ventilation tower at the edge of Pier 34 was engineered to be powerful, it was designed to be striking. Clifford M. Holland brought in Norwegian architect Erling Owre to design sophisticated towers whose modernist aesthetic contrasted the Art Moderne architectural style then-popular in the United States. His monumental steel, concrete and brick towers, two on each side of the river, stand in one iconic site-line and were considered such a success that Owre went on to serve as a supervising architect for the Lincoln Tunnel ventilation shafts, the Queens-Midtown Tunnel and the Brooklyn-Battery Tunnel. 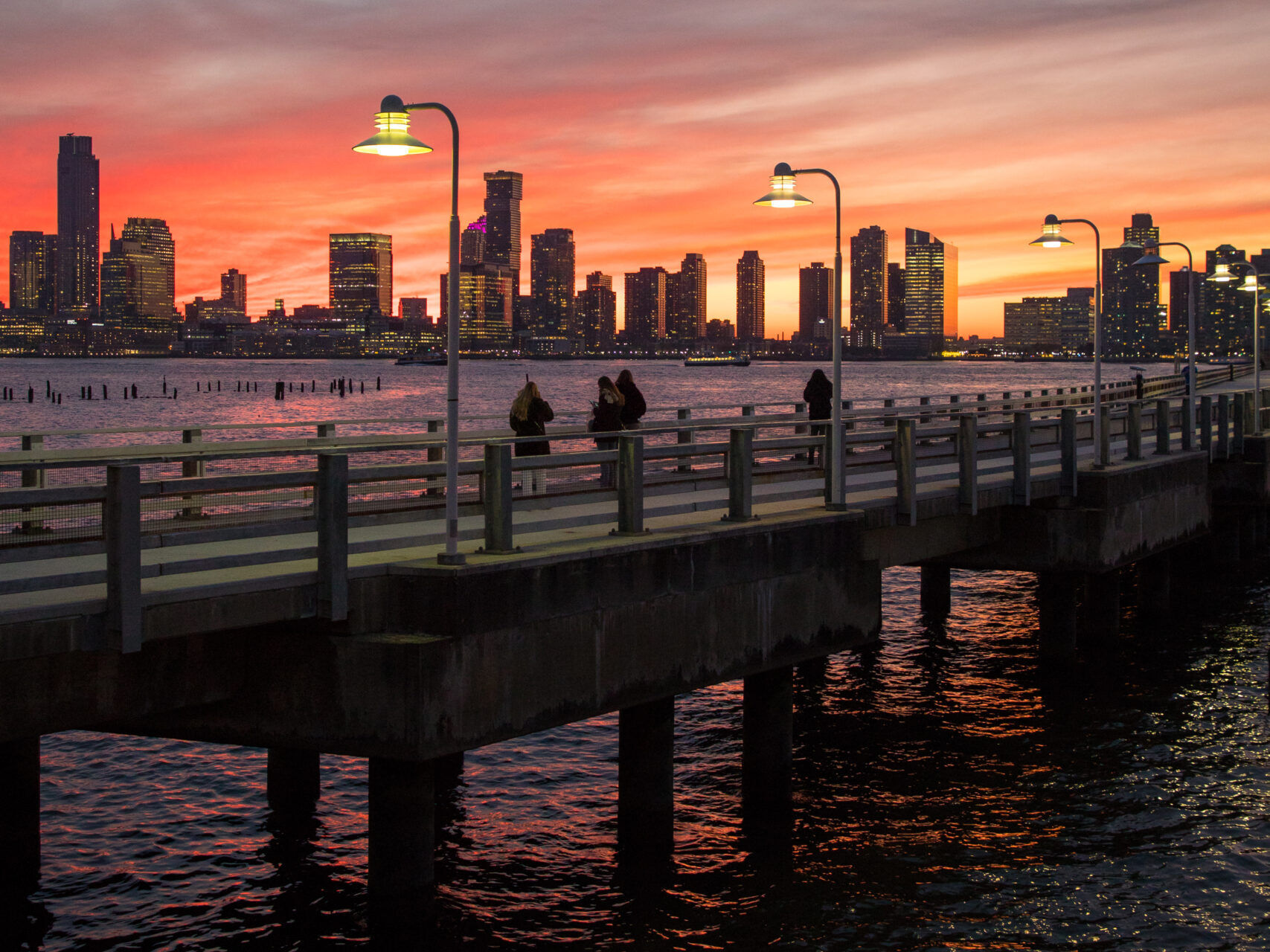 Today, Pier 34’s two pile-supported pathways connect the ventilation tower with the bulkhead. The southern “finger” pier is open year-round and outfitted with welcoming benches and viewfinders, while the other is reserved for emergency access to the tower. A peek between these finger piers reveals another piece of our waterfront’s past: this much-photographed pile field once supported an active dock and wide-surfaced pier.

As do piles throughout our Park, these wooden remnants provide habitat for river wildlife and a popular perch for herring gulls. In this way, Pier 34 brings together much of what we love about Hudson River Park: innovations of the past become features of our recreational riverfront oasis and thriving estuary.

Popular with runners and sunset chasers, Pier 34 is also a place to ponder engineering history and go fishing.