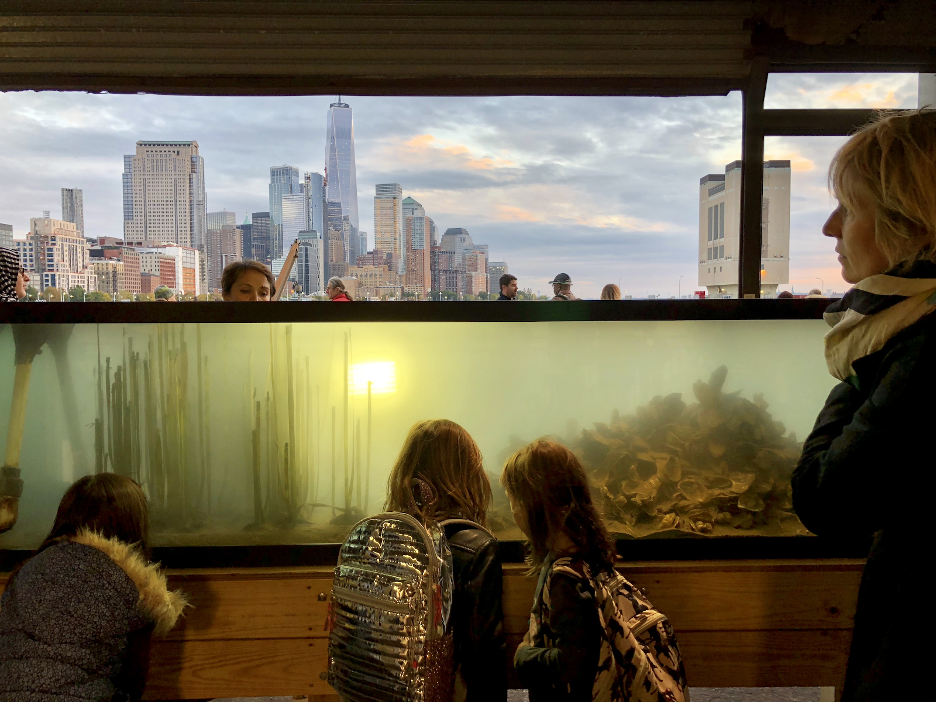 In 2019, Hudson River Park Trust’s commitment to environmental education and research expanded such that it now incorporates The River Project – a marine research and education field station that had previously operated independently within Hudson River Park for decades. By hiring staff, expanding programming and assuming responsibility for caring for The River Project’s Pier 40 Wetlab facility, this exciting transition substantially expanded the Park’s already robust education and science programs. Importantly, this evolution in our programing also allows the Park to continue and build upon the legacy work of an environmental pioneer and The River Project founder, Cathy Drew.

The River Project was founded by marine biologist, Cathy Drew, in 1986 and operated with the mission of helping to protect and restore the ecosystem of the Hudson River Estuary through scientific research and education programs. Over its 30+ years in operation, Cathy Drew and her small team of educators and scientists worked tirelessly to educate over 30,000 New York City students.

Cathy was inspired by what was living beneath the surface of the Hudson River, despite the fact that many thought this was considered to be a dead ecosystem. She formally began a Fish Ecology Survey at Pier 26 in 1988, long before the Park existed, and collected over a dozen different species of Hudson River fishes, including striped bass, Atlantic tomcod and lined seahorses, immediately indicating a much higher degree of biodiversity than was expected. This early data was instrumental in the designation of the Hudson River Park’s Estuarine Sanctuary in 1998. 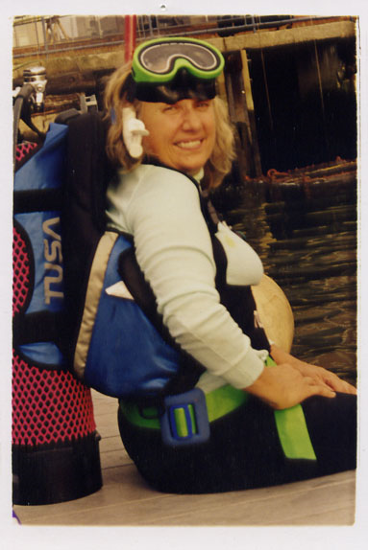 One of Cathy’s most significant contributions was her creation of the Pier 26 marine field station, a facility that utilized flow-through tanks of fresh river water to showcase native river fishes in authentic environments. The field station quickly became an iconic community location of both public discovery and scientific research. Though this building was eventually demolished in order to allow for the reconstruction of Pier 26 as a public park pier, the flow through tank fish displays were successfully relocated to the Pier 40 Wetlab where they continue to operate today. Cathy’s original vision for an “estuarium” at Pier 26 lives on in the Park’s plans for a permanent river research and education facility to be known as the Estuarium on the upland park area adjacent to Pier 26.  The Trust is now in the planning and fundraising phase for this future facility, which will preserve the legacy of immersive river education through live display of river fishes.

In 2019, when Cathy Drew announced her retirement as Executive Director of The River Project, a strategic alliance between The River Project and Hudson River Park Trust began to form. It was clear that both organizations shared similar missions and commitments to river education and research. Since then, staff from both organizations have worked side-by-side to build upon each other’s strengths and create a merged operational entity to be operated by Hudson River Park Trust effective Summer 2020.

Resources to prepare for or to reinforce lessons learned during your program at Hudson River Park.