On Tuesday, August 14, we officially reopened Chelsea Waterside Park Play Area, and this playground’s innovative redesign is already making a big splash—just ask the kids playing in its interactive fountains! 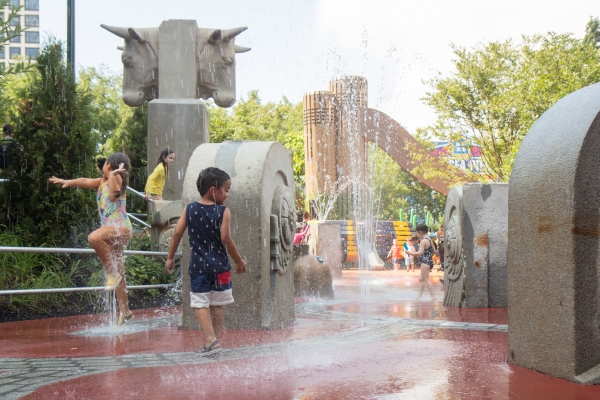 Opened in 2000, Chelsea Waterside Park Play Area was Hudson River Park’s first playground, and after more than a decade and a half of enthusiastic use, this beloved neighborhood mainstay needed some TLC. The beautifully redesigned play space is, as Hudson River Park Trust’s President and CEO Madelyn Wils remarked, “the culmination of the Trust’s outreach and consensus building within the community and would not be possible without the tremendous support from our local elected officials, Hudson River Park Friends and our many partners.”

Designed to awaken the imagination of children of all ages and invite exploratory play, the playground takes its inspiration from its location’s ecology and history. Intrigued? You’re not alone! The new Chelsea Waterside Park Play Area has been generating major media buzz and is quickly becoming a recreation destination for NYC families.

Here are five reasons why you shouldn’t miss visiting this summer (and beyond!):

At the heart of the new playground, you’ll find a yellow and navy pipefish winding around a giant wooden pile. Kids can scramble, climb, swing and slide through this impressive 22-foot structure, truly getting up close and personal with a native Hudson River species. The pipefish is the first piece to be installed on the East Coast by visionary Danish firm MONSTRUM—and according to Time Out NY, the newly renovated Chelsea Waterside Park Play Area is every kid’s dream. 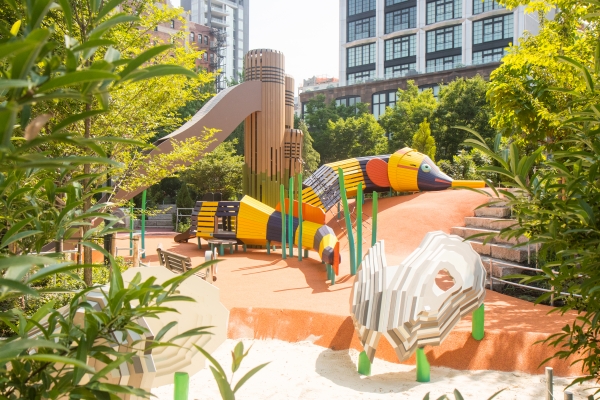 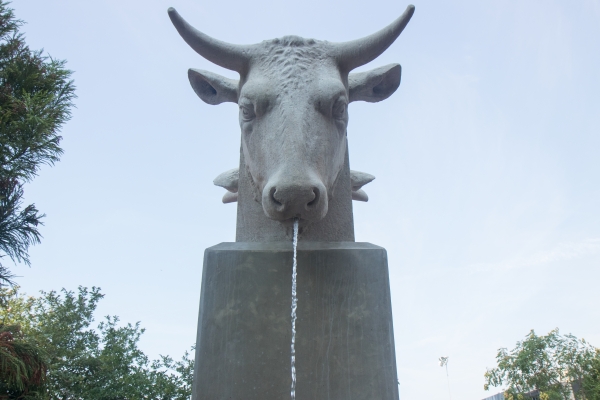 Michael Van Valkenburgh Associates (MVVA), the landscape architects responsible for the new play area, as well as much of our nearby Chelsea parklands, designed the space to inspire unscripted play. “There is an inherent need for children growing up in the city to have better access to nature and all of the freedom that comes from un-prescribed exploration,” explained MVVA’s Scott Streeb. “Chelsea Waterside Park strives to provide a transformation from the urban into a natural realm where children can choose their otherworldly adventures.” 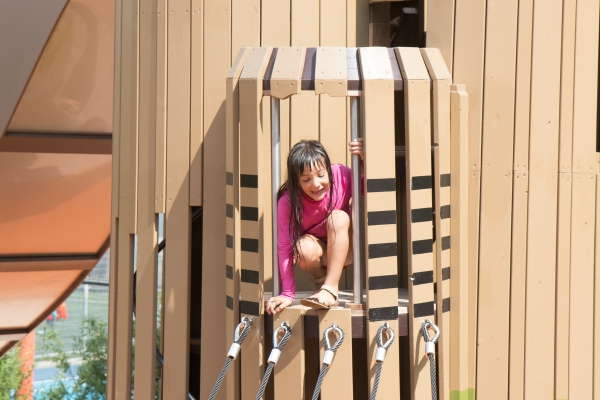 With several weeks of NYC summer still to come, this new playground helps everyone beat the heat with features specially designed for toddlers and for older kids. Chelsea Now reported that Milla Glick, a ten-year-old resident of Chelsea, was thrilled to be one of the first children to enjoy the new facilities. “I used to play with my friends at my house, now I can play with them here. More kids enjoy the new park, because there’s more things to do for older kids as well,” she said. 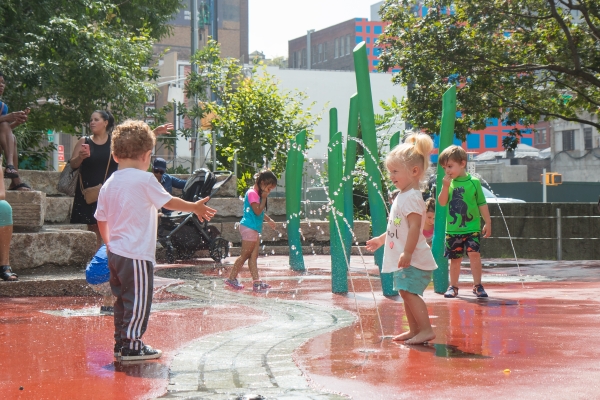 Along with new construction, the play area incorporates new trees like Northern Catalpa, AccoladeTM Elm and Wireless Zelkova that will add to the tree canopy, lending shade and cover from nearby traffic. In addition to creating an immersive natural experience, the playground is designed with environmental sustainability principles in mind. Allowing kids at play to control fountain spray allows for imagination and discovery as well as water conservation on quieter days. MONSTRUM’s pipefish is constructed with durable Robina wood, built to last 50 years, and incorporating repurposed local materials like the cow heads and cartouches recycles these artefacts for the next generation of New Yorkers. 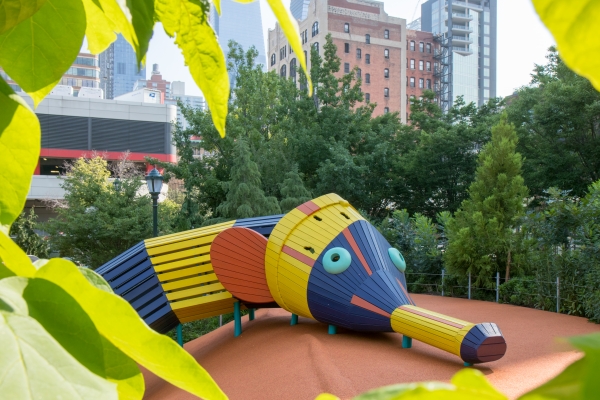 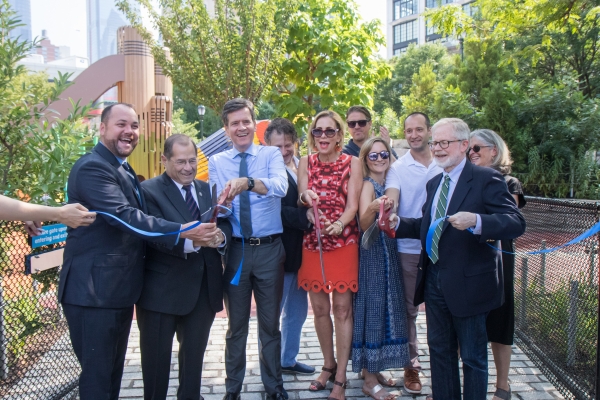 After more than two years of community input, fundraising, design and construction, we are overjoyed to cut the ribbon and see this incredible play space come to life as intended—with smiles, wonder, laughter and play.