One of the largest pieces of public art completed in the United States this year is now on permanent view in Hudson River Park. You will find the elegant lines of Day’s End (2014–21) © David Hammons— a gift from the Whitney Museum of American Art to Hudson River Park — towering above the south side of HRPK’s Gansevoort Peninsula (cross at Horatio St.).

You can view Day’s End from along the Park’s nearby esplanade and piers as well as from within the Whitney Museum, whose windows offer a view of the installation from above.

Traced to the exact dimensions and location of the original Pier 52, Day’s End measures 52 feet high at its peak, 65 feet wide and 325 feet long — nearly the size of a football field. The piece draws both its name and inspiration from Gordon Matta-Clarke’s 1975 work. Carving directly into the abandoned pier shed once located at Pier 52, Matta-Clark transformed the deserted pier structure into a living sculpture that celebrated water and light.

Hammons’s Day’s End both echoes the visuals and themes of Matta-Clark’s work and alludes to the continual evolution of New York City’s waterfront. In this way, Hudson River Park — which continues to transform Manhattan’s west side riverfront into a resource for the public to enjoy — makes a resonant home for this permanent installation. For the Park, it is an honor and privilege to see this monumental project borne out of collaboration with the Whitney and the artist brought to life.

“Day’s End connects multiple layers of the site’s physical and social history while simultaneously enriching the park at the Gansevoort Peninsula and nearby,” said Noreen Doyle, Acting President of Hudson River Park Trust. “On behalf of the Hudson River Park Trust, we thank the artist, all the funders, and the Whitney Museum for this great gift and inspiring contribution to New York and Hudson River Park.”

“David Hammons’s Day’s End is situated on public land; it is not owned by the Whitney; rather, it is owned by everyone and by no one, open and free to all. Day’s End appears evanescent and ethereal, changing with the light of day and atmospheric conditions,” said Adam D. Weinberg, Alice Pratt Brown Director of the Whitney. “The sculpture was made possible by our collaborators: the Hudson River Park Trust, the many fabricators and contractors from five countries, the Whitney’s project team, and a select group of brave and visionary donors, not to mention the artist himself. We are deeply grateful to Hammons and the Trust for their collaboration and to the many individuals, foundations, government and corporate partners that have supported this seven-year undertaking. Day’s End embodies the Museum’s mission in supporting living artists to realize their visions, serving the community, and connecting to the public through art.”

To delve deeper into the story of Day’s End and the waterfront history the piece invokes, we encourage you to check out Artists Among Us, the Whitney’s first podcast, hosted by artist Carrie Mae Weems, which launched on May 14. 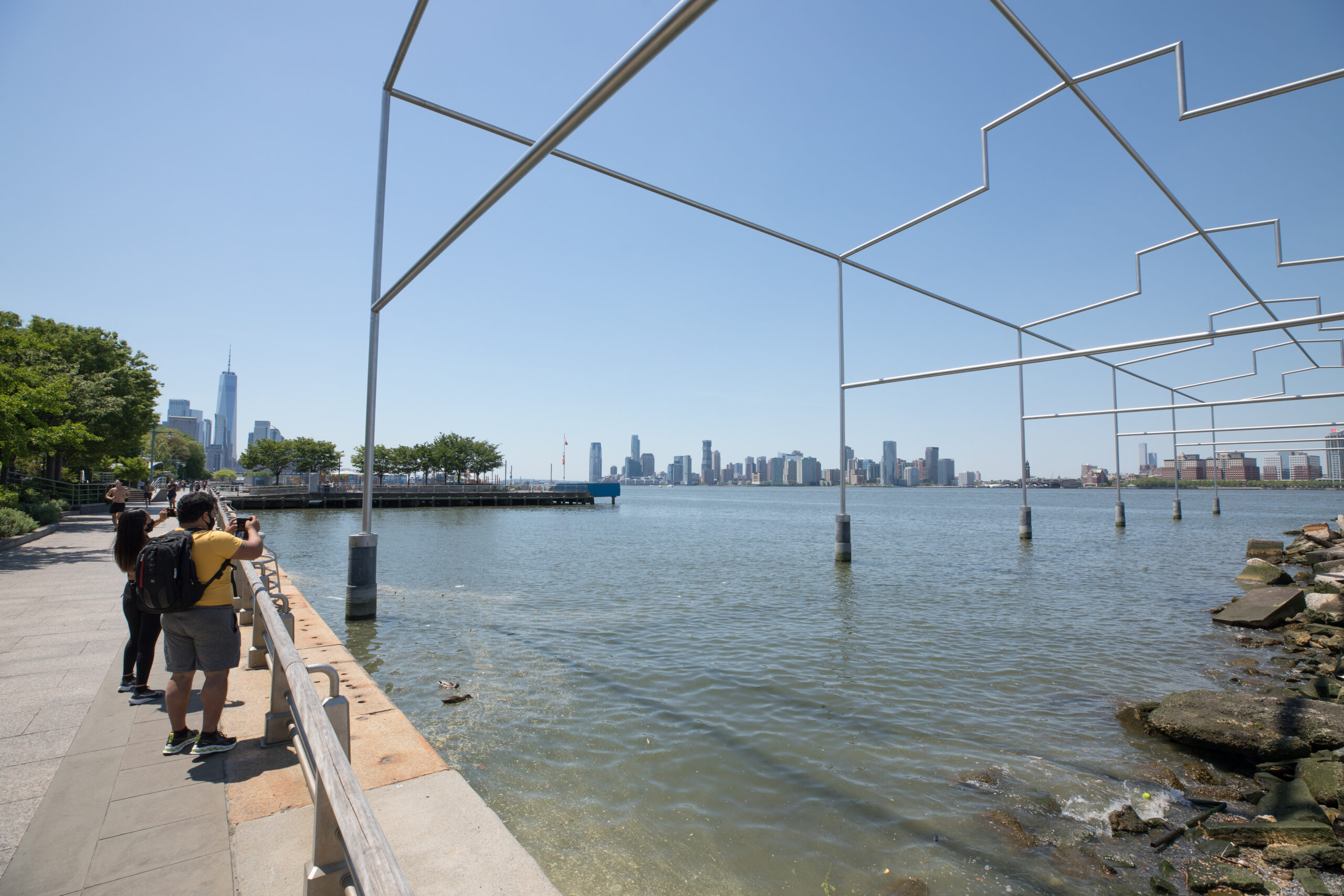 For Hudson River Park, the completion of Day’s End marks an exciting milestone during a period of tremendous growth — especially for our Meatpacking District riverfront. The transformation of Gansevoort Peninsula into a 5.5 acre recreation-rich green space is underway. Just to the north, Little Island opens to visitors later this season. And work on Pier 57, home of City Winery, is underway as well.

We are excited for New Yorkers and visitors from around the world to experience Day’s End, and we look forward to this permanent installation providing a striking centerpiece for a growing hub of culture and activity in Hudson River Park.

As one of the largest public art installations in New York City, Day’s End is publicly accessible and offers an extraordinary place to experience the waterfront.